The RATTANA BUSINESS ADMINISTRATION COLLEGE (RBAC) was formerly called Rattana Commercial School. The Rattana Commercial School was originally established in 1974 by Mr. Somphet Rattanasim – The founder – in accordance with the Ministerial Decree of the coalition government and the Ministry of Education.  It was one of the most oldest private commercial schools in the country.  In 1994 the school has been promoted into  Rattana Business Administration College and conduted tertiary course in Business Administration.  With the decision of the Ministry of Education No.1860/MOE. dated November 11, 2002, the college has been awarded with the BBA program.  Since its inception in 1974, RBAC has been developed, expanded, and gradually upgraded to be one of the most well-known commercial and professional institutions.  Throughout the years the college has enjoyed an increasingly good reputation among other private business schools in the country. 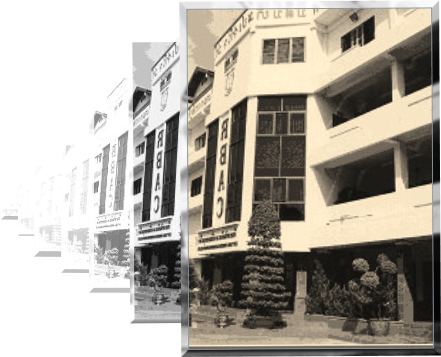